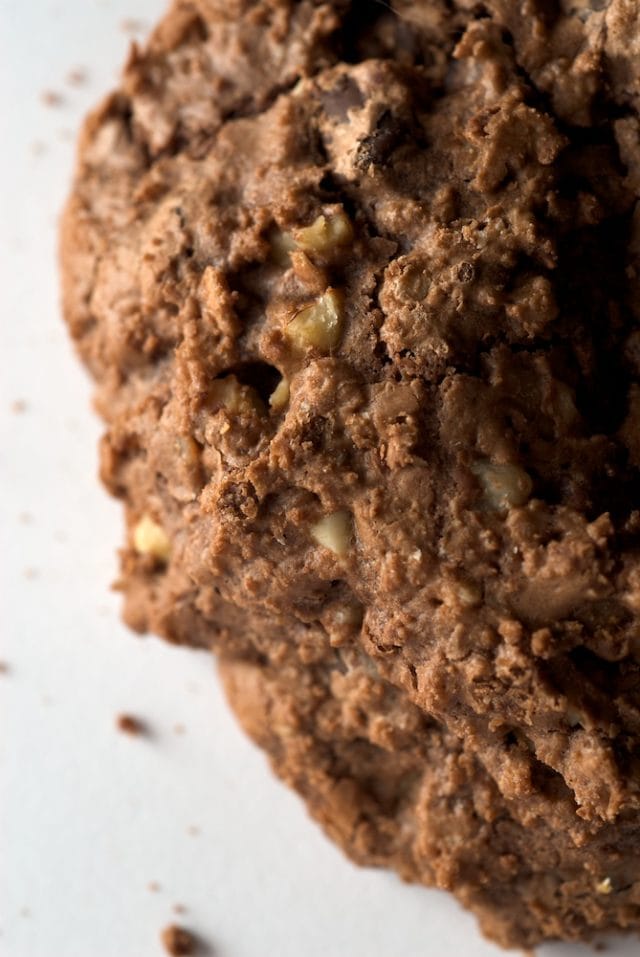 The other day, I was having a hard time finding a recipe I wanted to make. I had looked through countless cookbooks, magazines, internet sites, etc. In a bit of desperation, I handed Quinn one of those holiday baking magazines I always say I’m not going to buy and told him to pick out something. A few minutes later, he handed it back to me and pointed at the recipe for these cookies.

It’s hard to argue with chocolate, much less double chocolate, so I dove in and made them. I amended the recipe a bit, choosing not to attempt rolling the very sticky dough into logs before refrigerating. I decided that I would try dropping them instead. For those of you who don’t need a perfect-looking cookie, that method worked just fine.

As you would expect, these cookies are quite rich and decadent. You certainly won’t be able to overindulge. One of these babies goes a long way. But, of course, that makes them perfect for sharing – a big plus for the holidays! 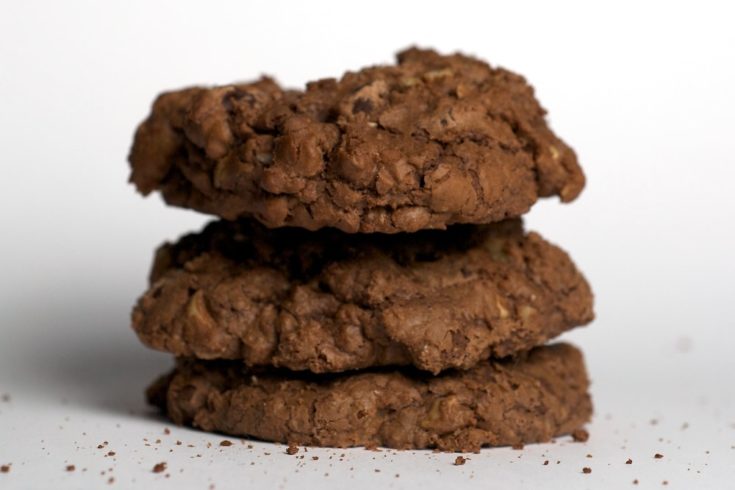 *At some point, Ghirardelli changed the size of their bittersweet chocolate chip packaging from 11.5 ounces to 10 ounces. Their updated recipe uses that smaller amount. I prefer them with the larger amount, but either should work. Other brands (like Guittard) still have the 11.5 ounce bags. Use another brand or roughly chop bar chocolate if you don't want to buy multiple bags.

While the slice-and-bake versions are pretty, I've also made these simply by dropping the dough with a scoop after the dough has chilled. 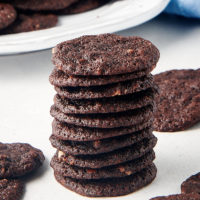 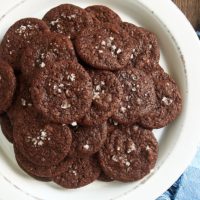