If you can’t get enough cinnamon treats, these cinnamon recipes are just the thing with baked goods for everything from breakfast to dessert!

Cinnamon is one of my favorite baking flavors, whether there’s just a hint of it or it’s taking a starring role. Not surprisingly, you’ll find lots of cinnamon among the recipes here on BoB. These recipes are some of the best and most popular cinnamon recipes I’ve ever shared. If you love cinnamon treats, too, then get ready to get baking!

I’m equally smitten and fascinated with this Cinnamon Pudding Cake. It mixes quickly and easily all in one pan and creates a cake and a sauce as it bakes. All of that plus the wonderful cinnamon flavor makes this one a favorite!

This simple Cinnamon Swirl Bread is a long-time favorite here on BoB. It’s such a great treat for breakfast, an afternoon snack, or even dessert. I’ll take any excuse to enjoy a slice!

Cinnamon Sugar Cookie Squares skip the scooping in favor of a big pan of cookie bars. These simple bars are covered in cinnamon sugar for an irresistible treat. Bonus points for being a big batch recipe, too!

Chocolate and cinnamon are a favorite pairing of mine, even if it’s just a hint of cinnamon used as a complement. But these Cinnamon Crumb Brownies add a whole lot of cinnamon flavor with a cinnamon crumb topping on top of basic brownies.

One of the most popular recipes I’ve ever shared is this Apple Spice Cake with Cinnamon Cream Cheese Frosting. We all know about the magic of apples and cinnamon, and that combination is never better than in this beautiful and delicious cake.

Cinnamon Bun Scones are one of my favorites for an easy breakfast or brunch treat. They taste remarkably like cinnamon rolls, but with so much less fuss. Expect these to make it into your regular baking rotation.

Mini Cinnamon Crumb Cheesecakes are ALL about the cinnamon. You’ll find it in both the cheesecake and the crumb topping. These little cheesecakes are great for entertaining or, let’s be honest, for popping one after another into your mouth.

This Cinnamon Hazelnut Bundt Cake with Brown Butter Glaze is just so good that I’m never quite sure how to describe it. Let’s focus on the flavor combination of cinnamon, hazelnuts, and brown butter. It’s really quite fantastic, and I think it will be love at first bite for you.

We can’t talk about cinnamon without raving about Snickerdoodles. These Brown Butter Snickerdoodles are a simple twist on that classic cookie, and it’s a twist that may mean you never make them any other way again!

In much the same way, we also can’t make a list of cinnamon treats without Cinnamon Rolls. These Biscuit Cinnamon Rolls simplify the process with a quick and easy biscuit dough instead of a yeast dough. That means you can satisfy your cinnamon roll craving in short order!

Cinnamon Roll Cream Cheese Coffee Cake is just such a beauty, isn’t it? It combines the flavors of cinnamon rolls with cheesecake and coffee cake all at the same time. It is, in a word, phenomenal!

If you’re a cinnamon lover, then I hope you are now armed with some great recipes to satisfy your cinnamon cravings. And if you can’t get enough cinnamon, find many more cinnamon recipes in the Recipe Index. 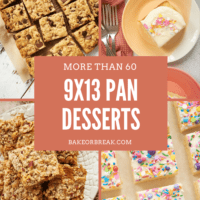 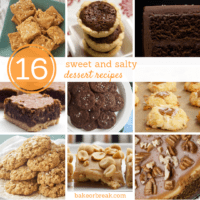 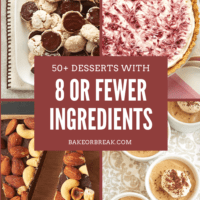