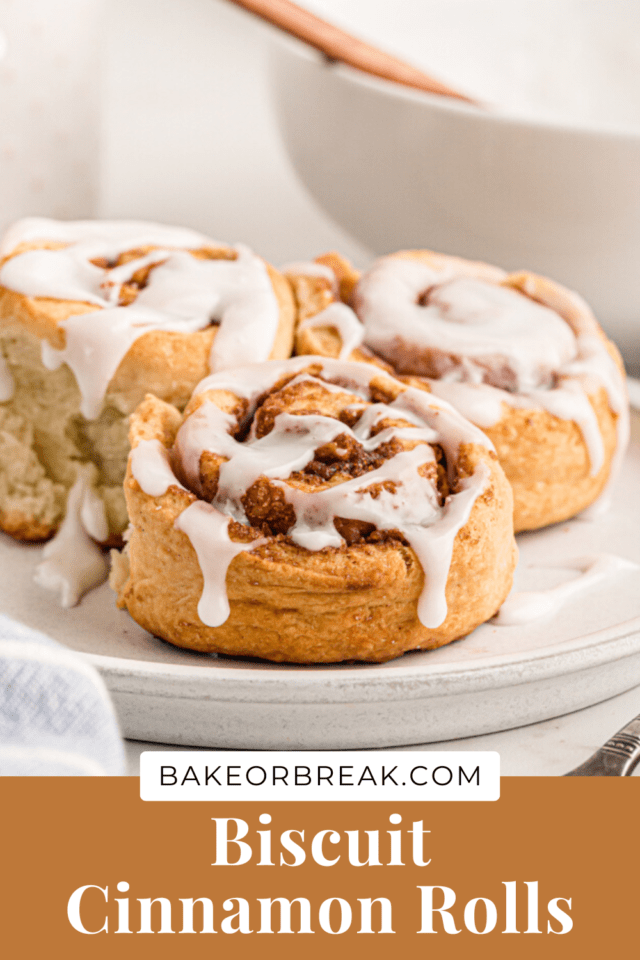 These Biscuit Cinnamon Rolls are made with gooey cinnamon sugar, sweet dough, and a glaze that’s irresistibly good. Even better, this sweet treat is ready in about 30 minutes!

Is there anything more decadent than a cinnamon bun? Gooey cinnamon sugar, soft dough, and a sweet glaze. I love picking up a warm bun from my local bakery and have fond memories of making the canned version when I was a kid. But when it came to making homemade cinnamon rolls, I often just wasn’t interested. It was just too much work for something I could buy without any fuss or mess.

So, needless to say, I resisted making cinnamon rolls for quite some time… But, eventually, I overcame my internal block and went for it. And boy, do I mean that I went for it!

This Cinnamon Rolls Recipe is Fast and Easy

I embraced the no-yeast method and used biscuit dough for the base. The magic starts with my recipe for Cream Biscuits, which is my go-to quick and easy biscuit recipe. There are only three ingredients, and they come together really quickly. Turning these biscuits into cinnamon rolls was a no-brainer. Take the same dough, roll it into a thin rectangle, add some cinnamon sugar, and then roll, slice, and bake!

To finish the buns we’ll add a simple icing that’s drizzled over the top of the warm buns. The end result is the best cinnamon rolls ever in about 30 minutes. Crave-worthy cinnamon buns usually take a few hours to make when you go the yeast-based route, so this quick cinnamon bun recipe is a real superstar that’s perfect for spur-of-the-moment baking.

With only 5 ingredients in the rolls and 2 ingredients in the icing, these homemade cinnamon rolls couldn’t be easier to make. Here is a quick overview with some notes. Scroll down to the recipe card to see the ingredient amounts and full instructions.

For the Cinnamon Rolls

How to Make Biscuit Cinnamon Rolls

Are you ready to dig into homemade cinnamon rolls? Here’s how to make them in just about 30 minutes:

To Make the Cinnamon Rolls

To Make the Icing & Finish the Buns

While the buns are baking, start making the icing:

How to Store Biscuit Cinnamon Rolls

Can I Freeze Cinnamon Rolls?

The easiest way to freeze these homemade cinnamon rolls is to freeze the unbaked dough. It’s also a great way to avoid devouring an entire pan in one sitting!

Place individual cinnamon buns on a baking sheet and stick them in the freezer for 4-6 hours. After completely frozen, put them into a freezer-safe container or bag. When your cinnamon roll craving strikes, place them on a baking pan and leave them at room temperature while the oven heats up. You may need to add a minute or two to the baking time, so keep an eye on them. Whip up a batch of icing while they bake, and you’re all set. 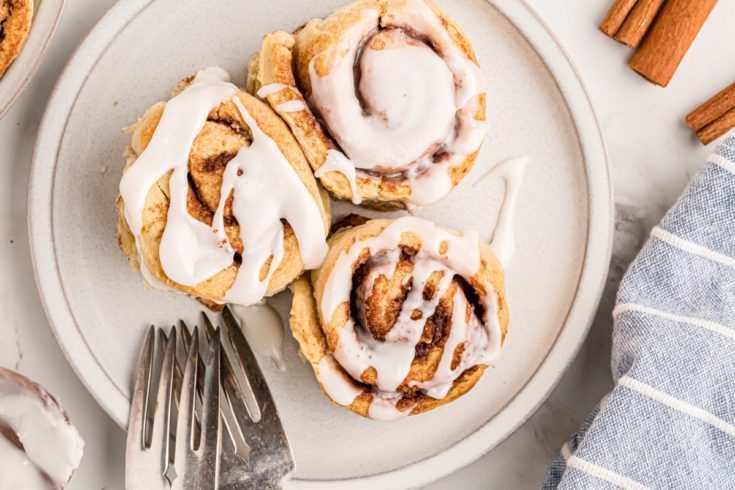 For the cinnamon rolls:

To make the cinnamon rolls:

*I usually need just a bit more than a tablespoon of butter to cover the surface of the dough.

See How to Make Self-Rising Flour for substitution information.

Try These Other Cinnamon Roll-Inspired Treats! 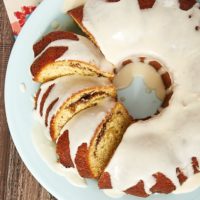 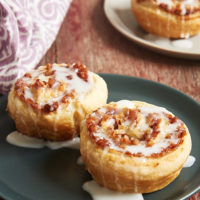 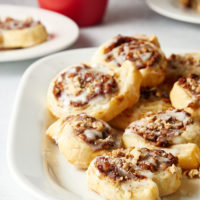