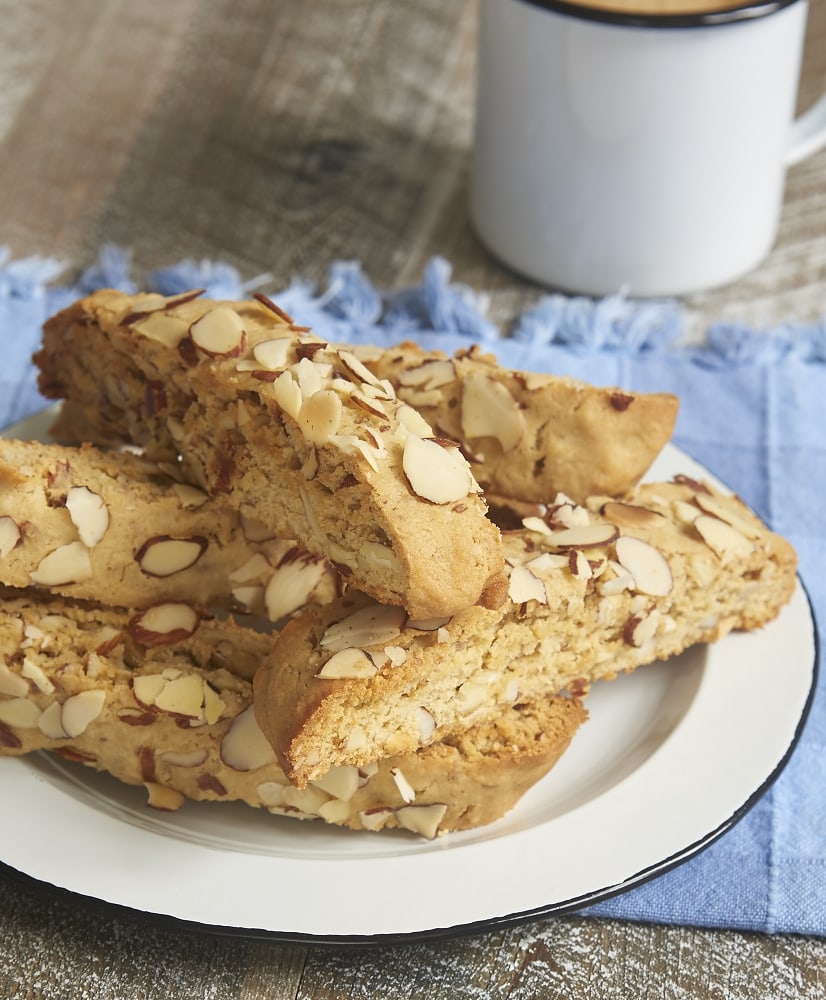 Biscotti is one of those things that looks much more difficult to make than it actually is. The last batch I made was for my cookbook, and I’ll give you the same advice that I wrote about those. If you can make cookie dough, you can make biscotti. 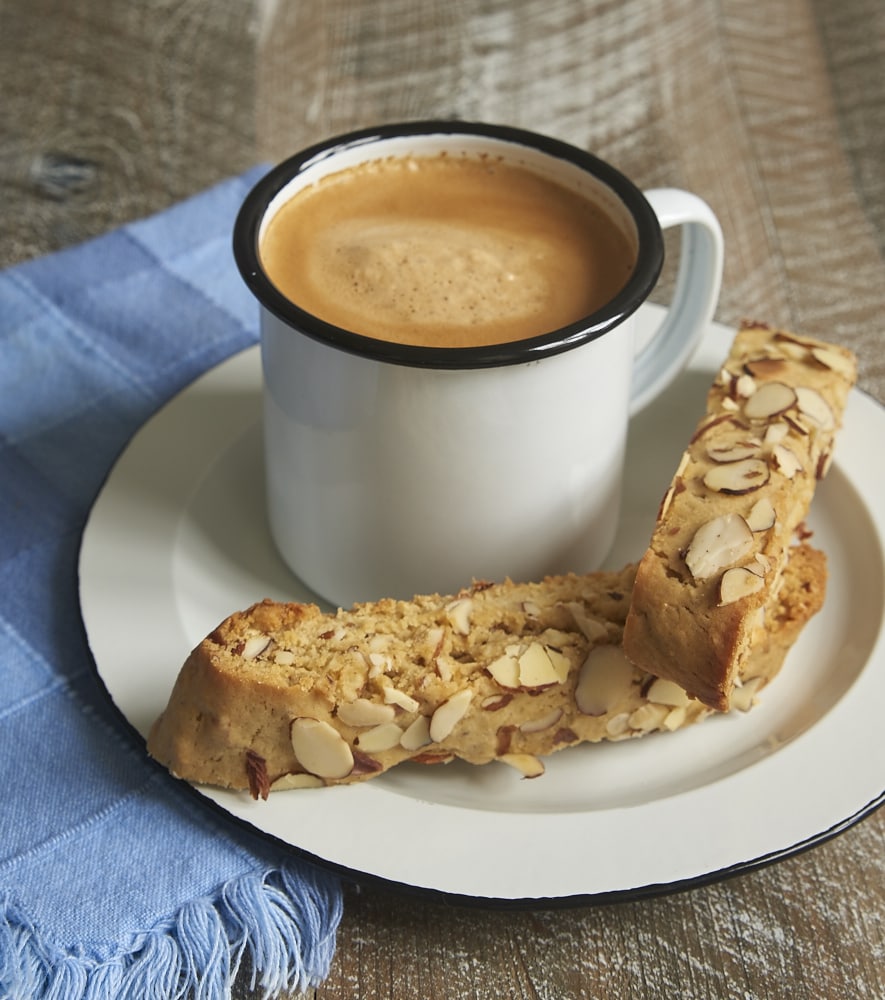 These particular biscotti feature the simple flavors of brown sugar and almonds. I admit that I was tempted to add more to the flavor mix, but I’m so glad I resisted. These are yet another example of “less is more” baking. Their simplicity doesn’t mean a lack of flavor. In fact, focusing on those two elements just lets you revel in their deliciousness.

Traditionally, biscotti is served alongside coffee or tea. Dunking the biscotti into a warm drink softens them a bit, as they’re usually pretty far to the right on the crunchy meter. These biscotti have the crunchiness dialed back a bit. They’re plenty crunchy on the outside but softer on the inside. Dunking is still a great idea, but it’s not required.

Try these Almond Biscotti alongside your favorite warm beverage, be it coffee, tea, or hot chocolate. And if you love to share your baking with family and friends, a bundle of these makes a great gift! 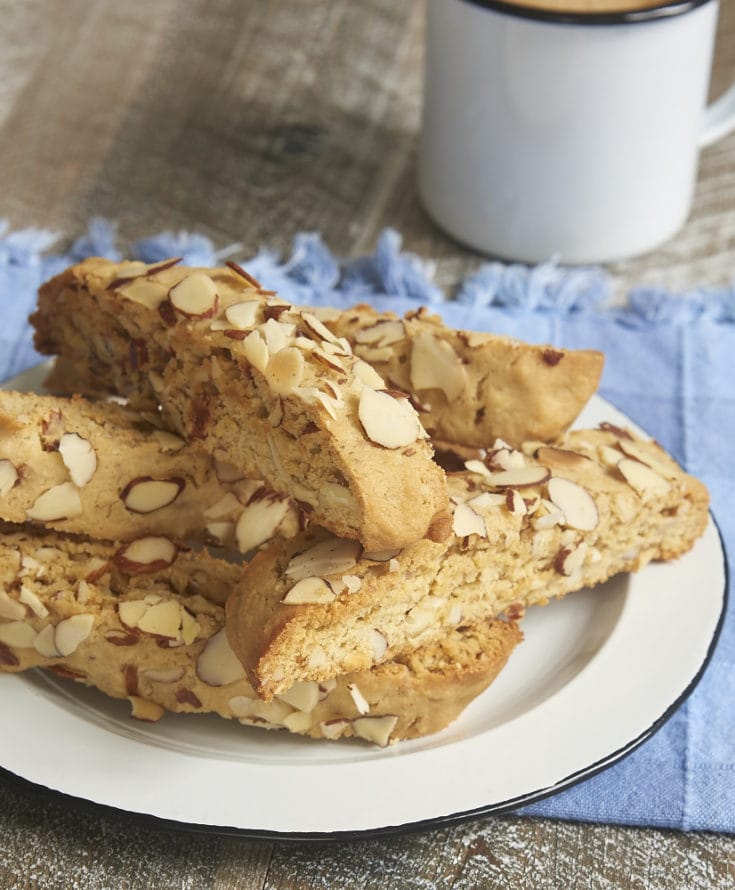 This recipe was originally developed for Clabber Girl, where I am a paid contributor. 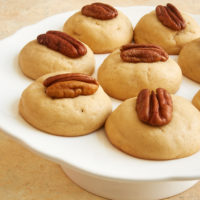 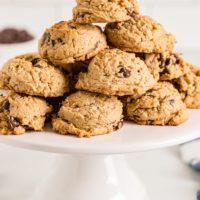 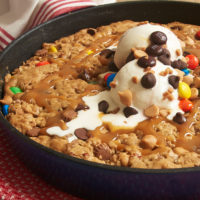