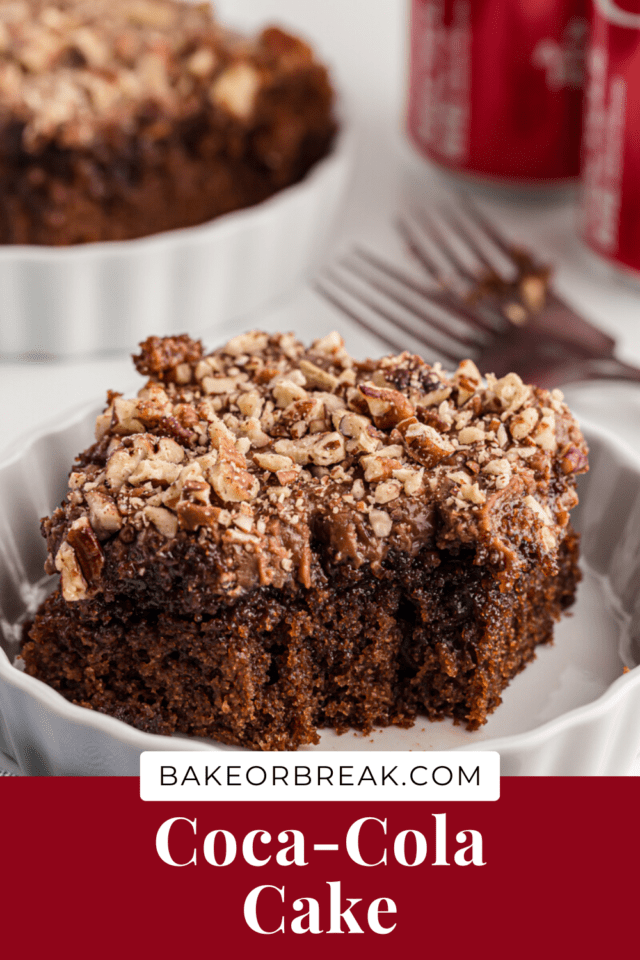 What Is Coca-Cola Cake?

Coca-Cola cake is a chocolate cake that uses Coca-Cola as one of its main ingredients. The Coke adds sweetness and moisture, and it also helps keep the cake fresh longer.

I’ve had a strange fascination with this cake for a long time, yet I’ve never made it. There’s something about the thought of making a cake with a Coke that intrigues me. Sort of in a how-can-that-possibly-work way.

This particular recipe comes from Classic Southern Desserts by Southern Living. I don’t know if this cake truly has Southern origins, but it certainly seems Southern enough to me. I mean, who else would pour Coca-Cola into a cake?

Once I finally made Coca-Cola cake for myself, I was surprised to find that it didn’t actually taste like cola!

This is really a simple, beautiful chocolate cake, with the novelty of being made with Coca-Cola. It’s delicious, and it smells heavenly. (Even with it covered, I could smell its tempting aroma every time I walked by it in my kitchen.) But yes, it is essentially a chocolate cake. And what could possibly be wrong with that?

How to Make Coca-Cola Cake

Timing is everything when it comes to this cake. Getting the cake finished and the frosting done at the right times can be tricky. The frosting mixes up pretty quickly, so it is possible to make it after the cake is finished. I’d recommend having all of the frosting ingredients ready so you can get started as soon as the cake comes out of the oven.

Prepare. Preheat your oven to 350°F and coat a 9″x13″ baking pan with cooking spray. Whisk the Coca-Cola and buttermilk in a small mixing bowl or liquid measuring cup.

Mix the dry ingredients. Whisk together the flour, cocoa, and baking soda in mixing bowl.

Mix the wet ingredients. In another mixing bowl, beat the butter with an electric mixer on low speed until it’s creamy. Slowly add the sugar and beat it in, then beat in the eggs and vanilla.

Bake. Pour the cake batter into the prepared pan and bake for 30 to 35 minutes. Let the cake cool for 10 minutes before frosting it.

Melt the first three ingredients. Bring the butter, Coca-Cola, and cocoa to a boil in a large saucepan set over medium heat, stirring constantly until the butter melts.

Add the next two ingredients. Once the butter has melted, remove the saucepan from the heat. Whisk in the sugar and vanilla.

Frost the cake. Immediately pour the frosting over the warm cake and top it with the toasted pecans.

These simple tips will help you make a perfect Southern Coca-Cola cake.

Coca-Cola cake can be stored in an airtight container at room temperature for up to 3 days. The cake will become more moist as it sits, so it is best eaten within the first day or two.

You can freeze Coca-Cola cake for longer storage. Wrap the cake tightly in plastic wrap and place it in a freezer-safe container or freezer bag. Frozen cake will keep for up to 2 months. Thaw it overnight in the refrigerator, then let it sit on the counter at room temperature just before serving. 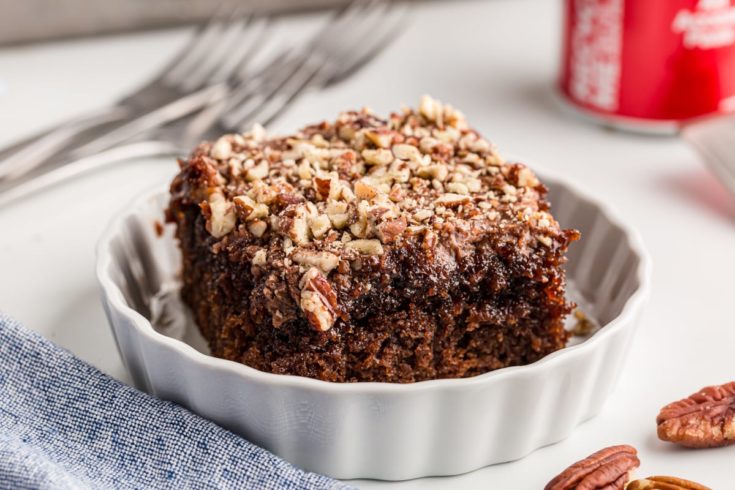 Store this cake wrapped at room temperature for up to 3 days, or freeze it for up to 2 months. 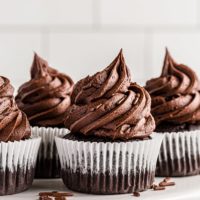 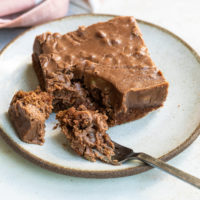 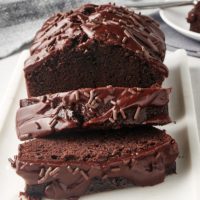