For Quinn’s recent birthday, I gave him a choice of celebratory cakes. He chose this cake, made in the spirit of one of our favorite things – tiramisu. Granted, my tiramisu making experiences are limited, but we both excel at eating it.

Don’t let the presence of a cake mix in the ingredients fool you. This tiramisu cake is still a good bit of work. If for no other reason than for all the clean-up involved. My freshly-emptied dishwasher was full again after making this cake.

I used a Duncan Hines butter recipe golden cake mix, which turned out to be similar in texture to ladyfingers. The tiramisu filling was simple enough to mix, although I would have liked it to be a bit thicker. In retrospect, I may not have beaten the cream long enough. Although, in my defense, the recipe is pretty vague about what consistency it should be.

Assembly proved to be the most trying part of this cake. The two cake layers are cut in half to make four layers. So, cake layer first, followed by a layer of filling, etc. Now, here’s the problem I had. The tiramisu filling was not thick enough to hold the cake layers in place. So, by the time I got the third layer on, the cake was leaning about 30 degrees. Out came the toothpicks in an effort to stabilize the layers. By the time I finished, there were a few more toothpicks, some language unbecoming to a lady, and a huge mess to clean up.

I did get the layers straightened and set the tiramisu cake in the refrigerator in the hopes that it would set up and stabilize a bit. After about an hour, it had set but not before it slid just a bit. The finished product was just a bit off – maybe an 8 degree lean.

The two chocolate sauces were no problem to make and were definitely worth the effort and more dirty bowls. I did think the chocolate sauce could have been a bit thicker, but I can’t complain about the taste.

Now, for the important part – the taste. Yum. For all the effort and discouragement, the cake was really delicious. The birthday crowd were all very complimentary. And it is a testament to Quinn’s photography skills that we have any kind of decent picture to show you. All in all, it really was a good cake. I will confess that I did tell the birthday revelers to enjoy it because I didn’t think I would be making it again any time soon. I think a traditional tiramisu would have been easier. And definitely less stressful. 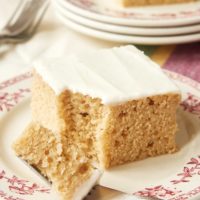 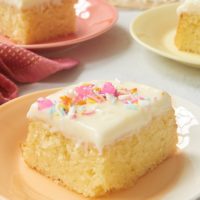 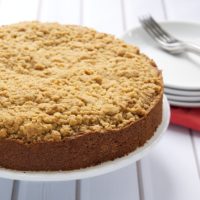