Peppermint Cheesecake Brownies combine rich brownies with a ribbon of cream cheese flavored with peppermint. These are wonderfully fudgy and delicious! 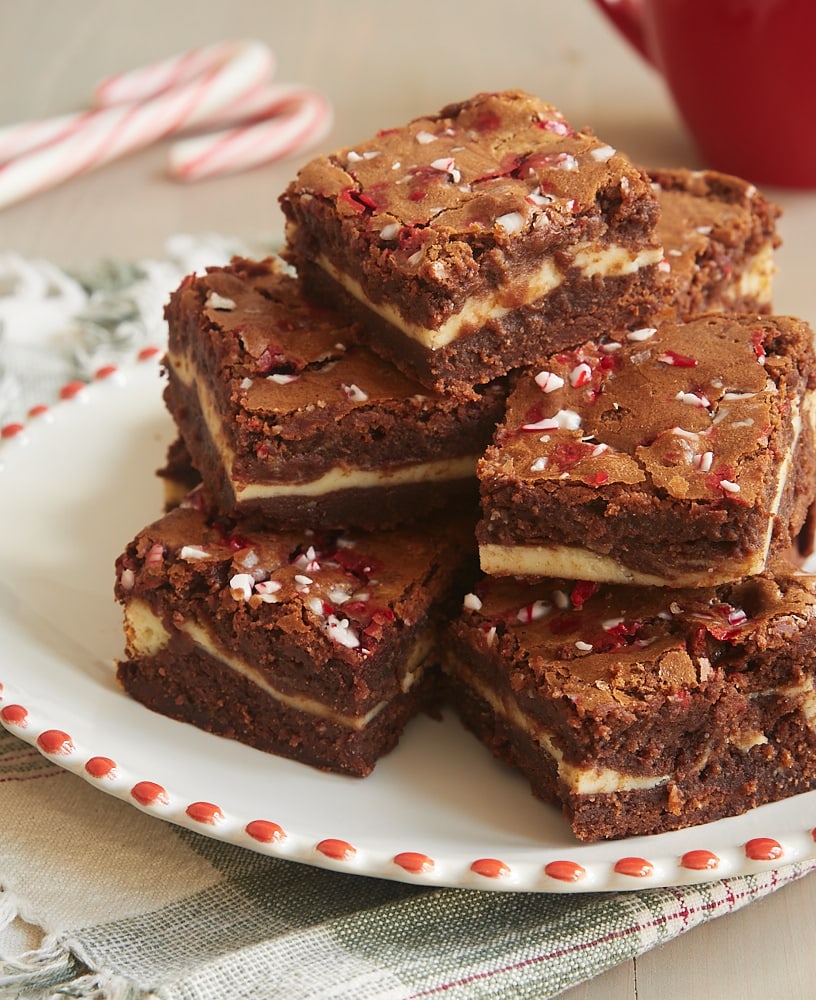 Chocolate and peppermint are a classic flavor combination, and one that always makes me think of snowy winter days. There’s just something about that combination of rich chocolate with a hint of refreshing peppermint that conjures visions of curling up near a fire while the snow falls outside.

As much as I love that image, I must confess that I likely wouldn’t have made these brownies without Quinn’s request for them. He loves the combination of chocolate and peppermint far more than I do. But I aim to please, so I made these Peppermint Cheesecake Brownies as a special treat for him. 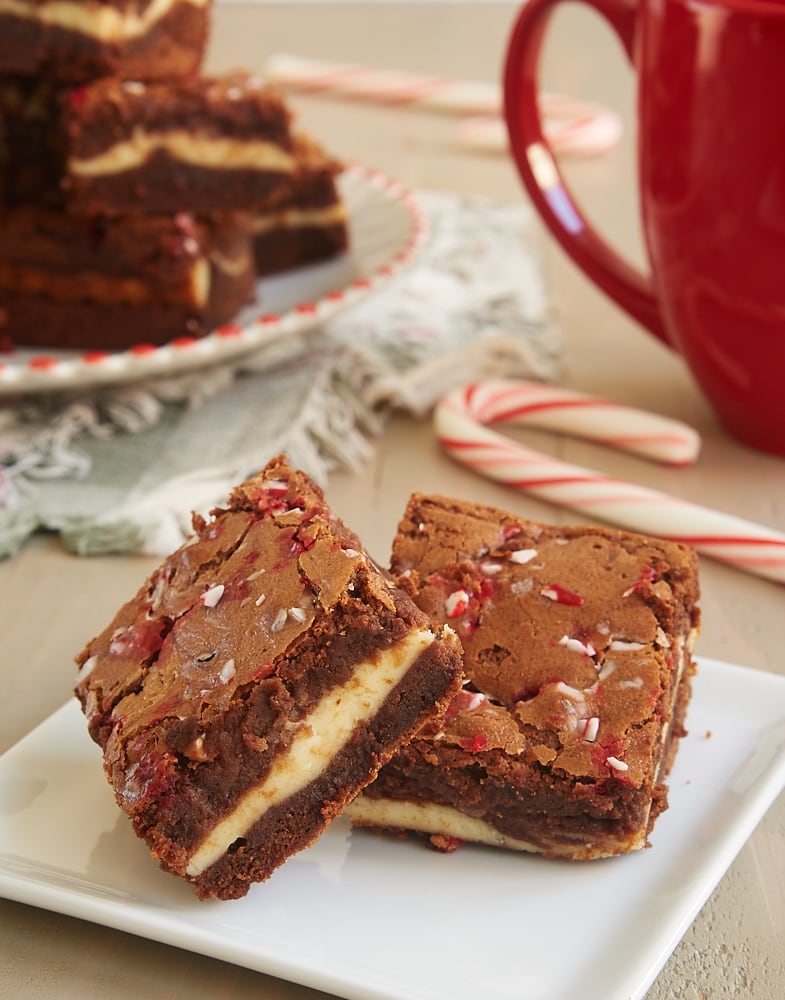 I couldn’t resist adding a cream cheese twist to them, swirling a simple cheesecake mixture into the brownies. This recipe is adapted from Bourbon Cream Cheese Brownies, which are one of my most requested brownies. I made very few changes to that recipe, with the main one being the addition of peppermint.

The brownies on their own are fairly traditional. The burst of peppermint flavor comes in with the cheesecake filling. You can either layer the components or swirl them together. The ones you see in these photos were swirled just a bit. Swirling isn’t my strong suit, so I’m sure many of you can achieve a far prettier effect. 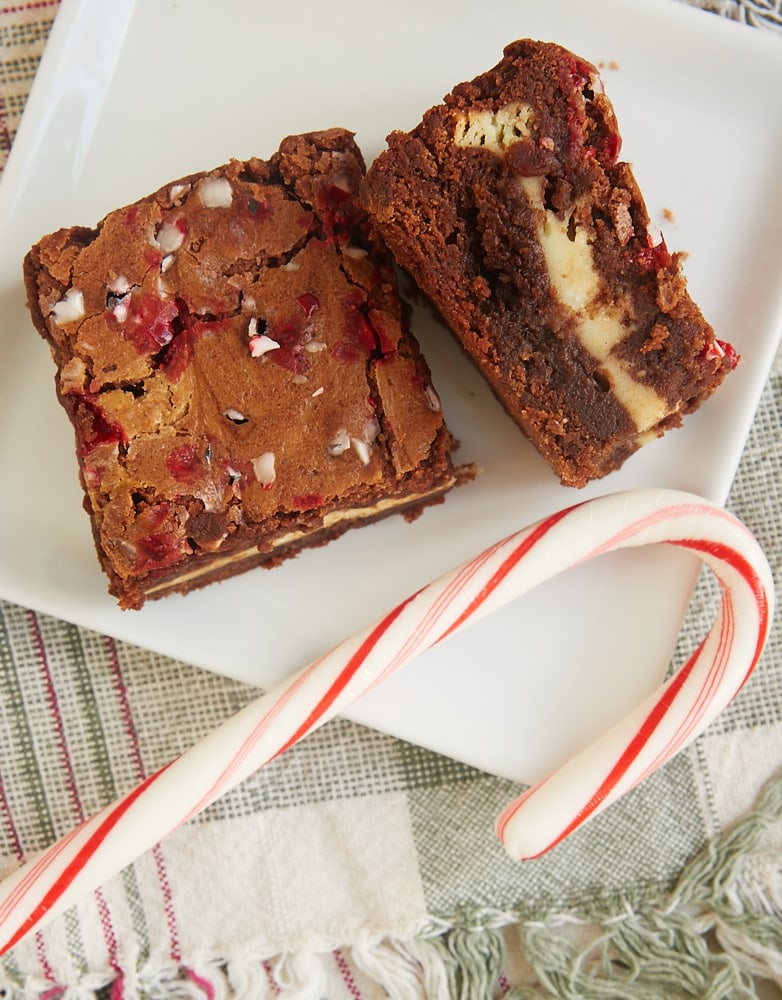 So, what’s Quinn’s verdict? He loves them! He says they have just the right amount of peppermint flavor. And the brownies themselves are rich and fudgy. If you’re a fan of chocolate and peppermint, these aren’t to be missed! 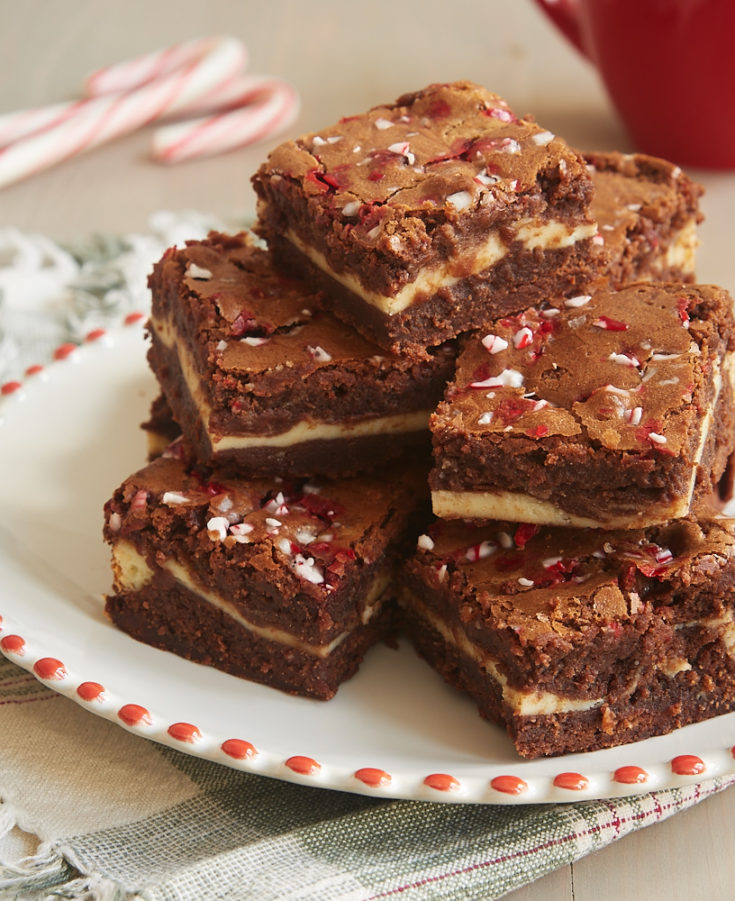 For the cheesecake filling:

To make the cheesecake filling: 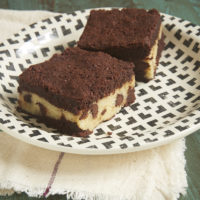 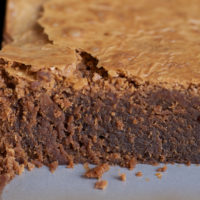 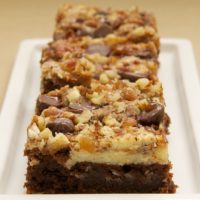