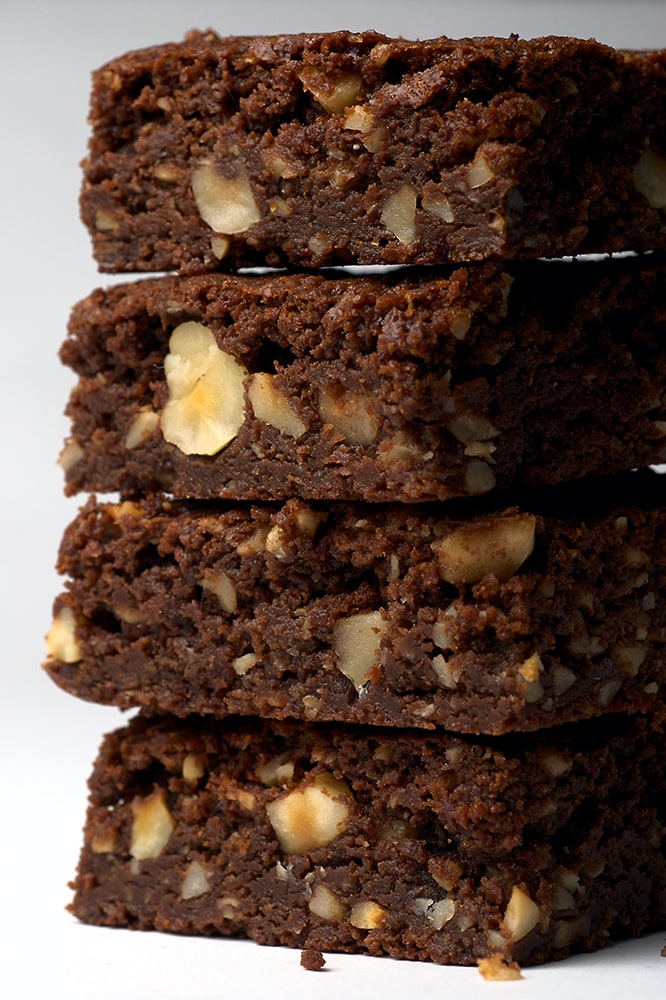 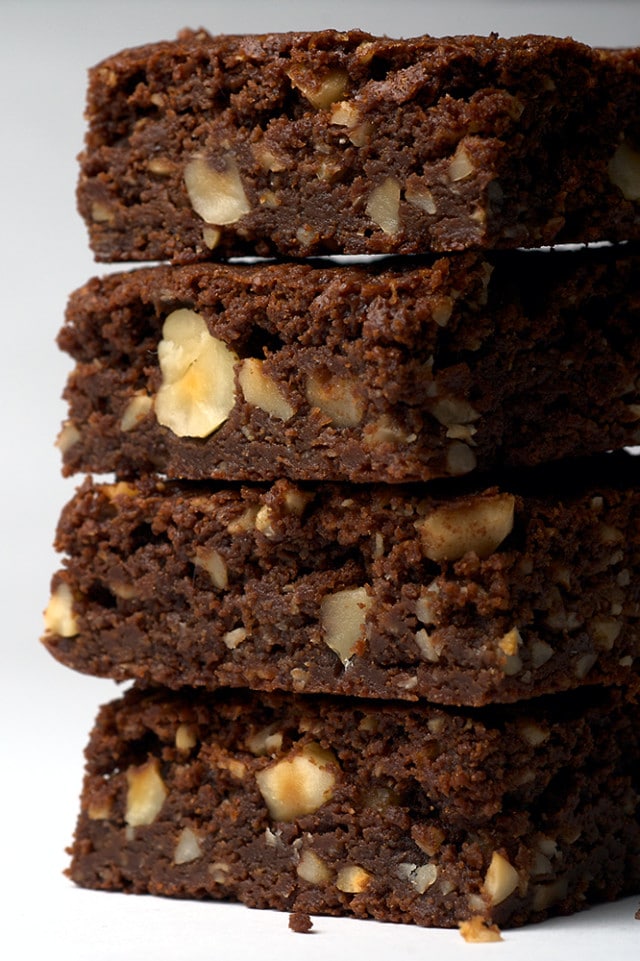 I’ve been wanting to make Nutella brownies for a while now. It seemed like such a good idea. What would be better than adding that delicious, chocolate-hazelnut confection to fudgy brownies?

I found this recipe from Gourmet magazine and knew it was the one to try. I bookmarked it, and even went so far as to print it. Somehow, I let it sit there for weeks without making them. Now, having made them, I’m sad I didn’t get to know these brownies sooner.

Most people describe brownies as either being cakey or fudgy. In my head, I understand the distinction, but in practice it seems that sometimes they can have characteristics of both.

To me, these brownies have a wonderful texture. They are dense (fudgy) but still a bit crumbly (cakey). Really, the best of both brownie worlds. As for the flavor, it’s chocolate and hazelnuts. Do I really need to elaborate? 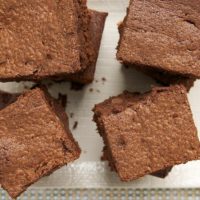 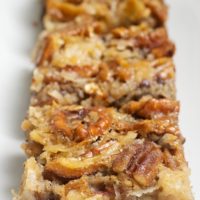 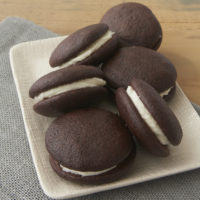