A couple of weeks ago, I turned on the television and became entranced by Food Network Caters Your Vegas Wedding. For those unfamiliar, engaged couples entered a contest in which the grand prize was a wedding reception catered by Food Network. One of the many desserts featured was this one by Giada De Laurentiis. These looked too good to pass up. So, I found the recipe on their website, tagged it at del.icio.us, and anxiously awaited the opportunity to try it out.

With company coming for dinner, I decided it was time. I got all the ingredients together and headed to the liquor store. Limoncello, I have learned, is a popular Italian liqueur made from lemons, alcohol, sugar, and water.

I followed the original recipe pretty closely. I recommend a pretty basic biscotti for the crust. Pick one that you think will complement the lemon flavors well.

After chilling in the refrigerator overnight, it was finally time to try them out. Oh, my. They are so good. Light, fluffy, smooth. The biscotti crust was just the right flavor to go with the lemon filling.

For the cheesecake filling:

To make the cheesecake filling:

*I like to use a food processor to make fine crumbs, but use whatever method you prefer.

The cheesecake bars should keep 2-3 days in the refrigerator. 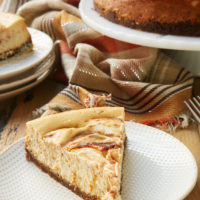 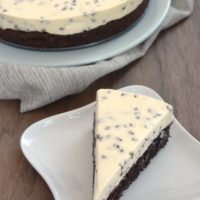 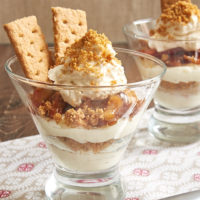 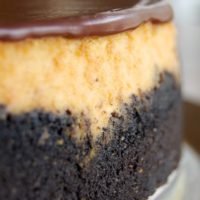