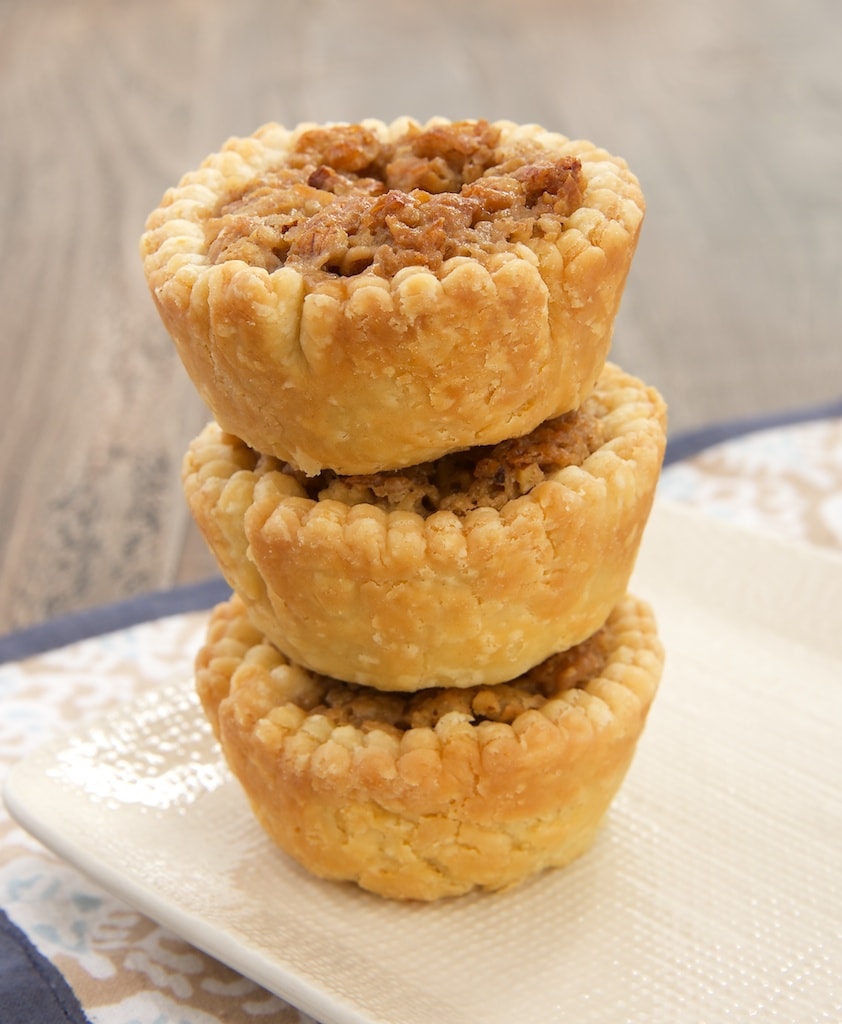 I’m so excited to be sharing these little tarts with you today for a couple of reasons. First of all, well, they’re delicious. And secondly, they’re part of a surprise virtual bridal shower for my friend Joanne from one of my favorite food blogs, Eats Well with Others. Surprise, Joanne!

Let’s talk a bit about these tarts first. I feel a bit bad that I’ve never shared these with you, as I’ve been making some version of these since I was in college. The original recipe came from my grandmother’s collection, but I’ve made some changes here and there over the years.

At their heart, these are mini pecan pies. But, they’re really so much more. The pecan filling is not quite the traditional one we’re all used to making. It’s a bit simpler and less sweet than usual. It also has some sweetened coconut stirred in for some bonus flavor. But, the surprise ingredient in the filling is crisp rice cereal. It seems a bit odd at first glance, but trust me. It adds a nice crunch and really just works so well. 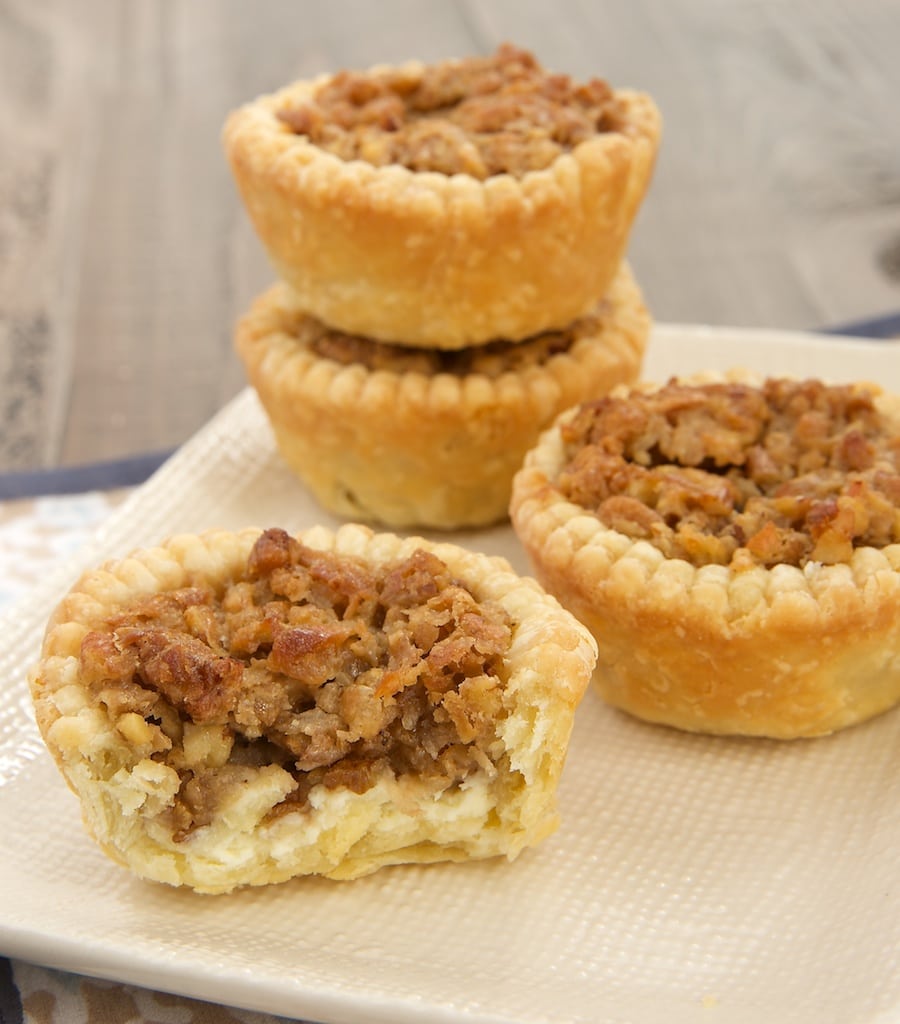 And underneath all that is a layer of sweetened cream cheese for a little burst of sweetness in each bite. Seriously, with pecans, coconut, and cream cheese all inside a little pie, I could not love these more. They’re perfect for a dessert tray or for a gift. Or for a shower!

As I mentioned, these tarts are my contribution to our virtual shower for Joanne. I’ve known Joanne for a couple of years now, but I’ve known her through her blog for even longer. I can always count on her and her blog for delicious recipes and plenty of humor. Scroll past the recipe to see what else is being brought to this virtual celebration! 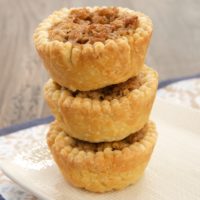 *I used my go-to butter pie crust. The quantities in my tutorial are for a single crust pastry, so just double the quantities. I would suggest dividing the dough in half before refrigerating to make rolling out and handling the dough a bit easier. 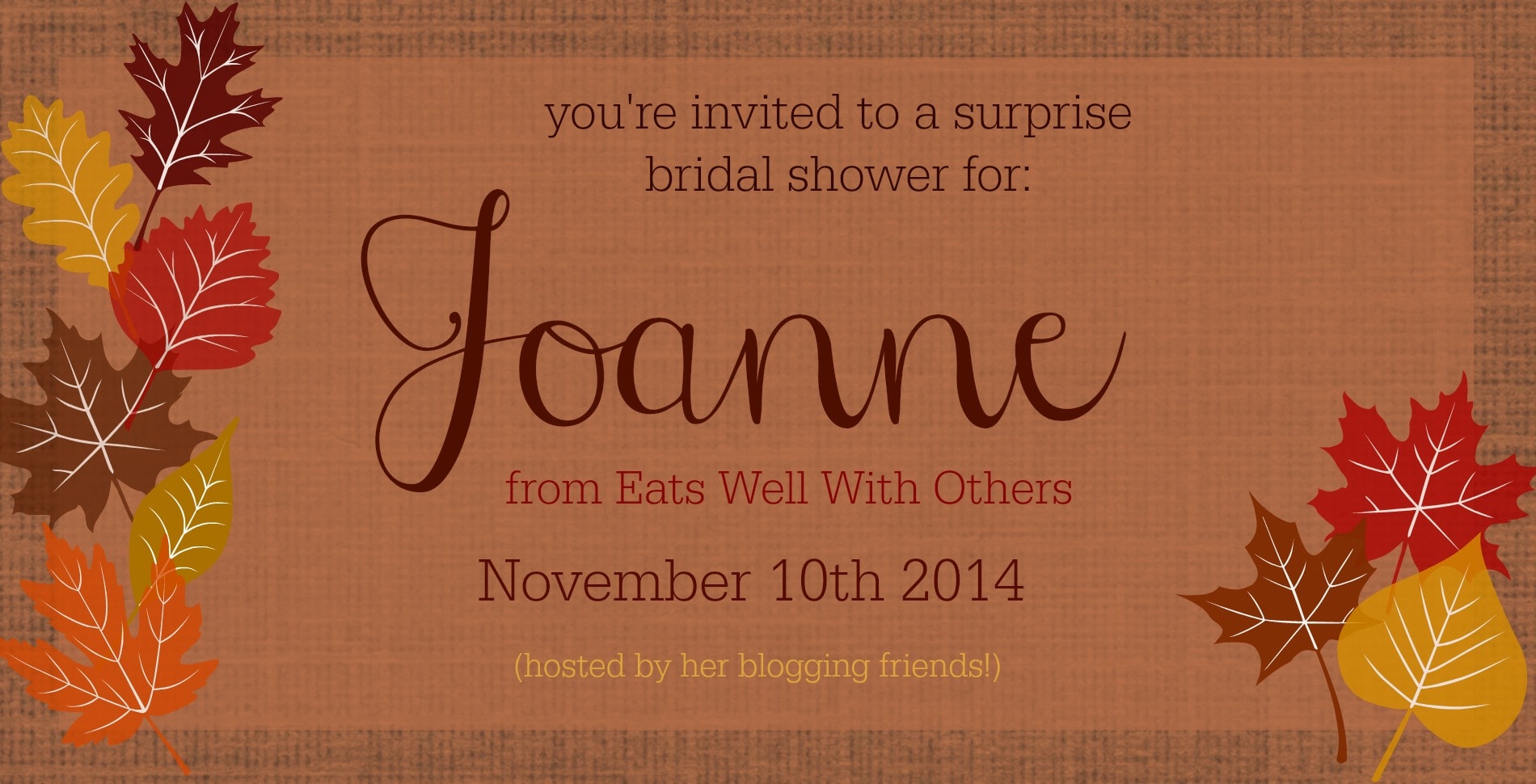 I am so thrilled to be part of this virtual celebration for Joanne. Some very talented blogging friends are participating as well, so be sure to take a tasting tour of all the good stuff we made to help celebrate Joanne’s upcoming wedding. And be sure to stop by Joanne’s blog and wish her the best!

Baked Brie with Honey and Sliced Almonds – The Lemon Bowl 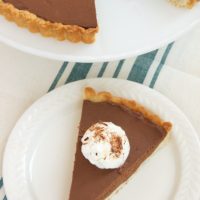 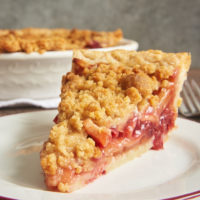 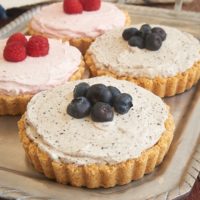 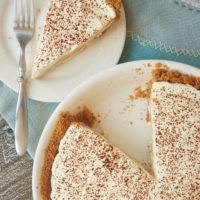