On a recent trip to a Penzey’s Spices store, I became fascinated by all the different kinds of cinnamon they have. I smelled those cinnamons for far too long than would be reasonably acceptable. I bought two kinds of cinnamon and have been anxiously awaiting the time to make something with them.

Last week, I pulled out this recipe I’ve been meaning to make for a while. I set it out in anticipation of actually having time to make them. This morning, I woke up to the wonderful smells of cinnamon drafting in from the kitchen. That’s right. Quinn was making muffins. What a lucky girl am I?

Quinn said they whipped up in no time. He used Penzey’s Ceylon Cinnamon, which is a bit smoother, subtler cinnamon than you usually find in your average grocery store. His only change to the recipe was to lower the oven termperature to 375 degrees and cut the baking time to about 15 minutes.

These are wonderful muffins. The texture is just perfect. A little crusty on the outside, soft on the inside. The cinnamon flavor was incredible. And, of course, we all know how much I love pecans. Pretty much the perfect muffin. 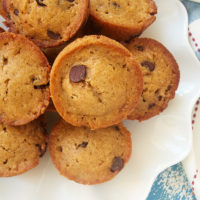 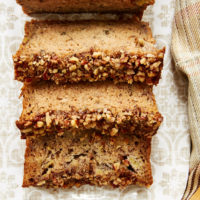 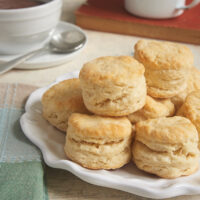 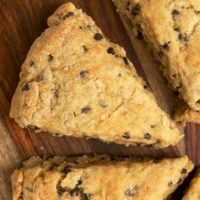