Just as Alton says he’s suspicious of anything that comes in a kit, I am likewise suspicious of baking mixes. Sure, I’ll use a cake mix as the basis of a cake or some other creation. But, on their own… well, I just don’t feel comfortable using them. I really don’t have any empirical evidence that there is anything wrong with baking mixes. I know lots of people who use them and go on to live happy, satisfied lives. In an effort to broaden my horizons, I have decided to try out some mixes.

My first offering is a mix for Chocolate Truffle Bread that I picked up at Williams Sonoma this weekend in Nashville. (Sorry, but no link to the product since their site says it’s no longer available.) One of their salespeople assured me of its goodness. Reading the ingredients was encouraging. Sugar, flour, cocoa, bittersweet chocolate, vanilla, salt, and baking soda. No ten-syllable words that used to mean something to me back in organic chemistry class. And the directions? Mix with a stick of melted butter, a cup of water, and two eggs. Yup, that’s it.

So, I mixed it up in about three minutes. Judging by the smell and the taste of the batter, I began feeling better about my foray into the baking mix world. I baked it in a loaf pan, but it could easily be made in muffin tins or small cake pans.

Fifty minutes later, the bread was out of the oven and cooling. Then, it was time to eat it.

Well. Um. It was okay. Not a lot of flavor. Actually, Quinn commented that the batter tasted better than the finished product. It was not overtly chocolate-y. The texture was nice and moist – very cake-like. The color was very rich and dark. To look at this beautiful bread, you’d think that it was just bursting with chocolate-y-ness, but not so much.

Thus began the augmentation. First, I sprinkled it with confectioner’s sugar. Further reading of the mix instructions suggested doing this or using cocoa. This helped a good bit, but it still wasn’t quite the level of flavor I had hoped. I then made a simple glaze from confectioner’s sugar, milk, and vanilla extract. Adding the glaze really bumped up the taste and made it worth eating. I also think vanilla ice cream would be a good complement, but, alas, our freezer is barren.

I would not call my first mix experiment a failure. No, the finished product wasn’t good enough to me on its own, but it was easily improved. It would be interesting to find a recipe for a similar bread and compare the two. Hmmm… sounds like a project. 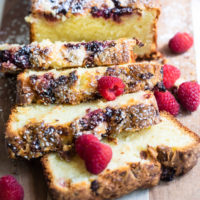 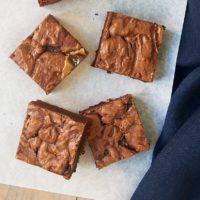 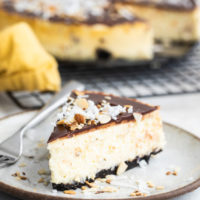 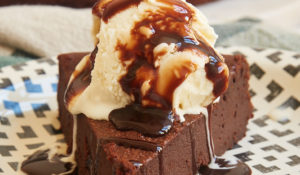